Christoph Sauser and Rebecca Gariboldi put on stunning performances to win the second round of the Gravel Road Series, The Langhe Gravel, Alba in northern Italy. Franco Monchiero,the organiser of the Alba race and Series director had this to say:

”This circuit was truly gravel. I tried to design a race in the best way which for me highlighted what gravel racing is.”

The hills and surroundings of Alba provided a race which mixed technical riding with the right amount of pedalling. Taking in incredible views amongst the hills and the immense vine yards of some of the most famous wine producers in the world, Barolo being one of them, the circuits winded its way between historic hilltop towns with castles and towers. With the rest stops and a touristic slant to the racing, nothing was missing. With 100 riders signed up to race one distinguished rider for whom gravel was a mix between cross contry and marathon, Christophe Sauser Felt at home in the saddle. Despite winning it was not an easy task with Martino Fruet, Marco Dotta, Alex Lupato and Emanuele Poli putting up a hard fight. Stage one was hard and very competitive, with Sauser and Fruet challenging each other strongly. However the racing was decided on the final stage after there being only a few seconds separating the riders during stage two. Fruet actually won the first stage, Sauser showed his depth of experience by winning the longer and more technical stages two and three but only by a margin of six seconds.

Stefano Corino came in third position, a strong performer who won the very first gravel road race in Italy in 2015. Alex Lupato a strong Italian Enduro rider had a technical problem on stage two slowing him down.

In the female category the strong and young Rebecca Gariboldi a cyclocross specialist from team Isolmant Specialized continued her success in Alba following on from the first round in Castellania where she also had won. Maria Elena Mastolia and Ania Bocchini put up a brave fight but were unable to reel Rebecca in. Alba provide some challenging conditions with daytime temperatures reaching 30°C. however as the format of racing takes place over stages with transfers in between, riders have time to recover in between racing. The Off-road sections also called upon riders technical skills, overall all riders commented on how much fun the mix of panoramas, transfers, trails and racing was. The race course itself was 80 km long and took riders up and down the hillsides. The area has just been designate an UNESCO Area in 2014. Therefore holding a race like this in such a prestigious location was pretty incredible, with a huge range of all the senses being stimulated by the experiences and contact with the food, wine, people and trails. Rest stops gave a sample to the riders of local produce with wine and food being sampled at three points along the route. Race officials and riders all agreed that this was an excellent way to build a discipline and is heading in the right direction for the final round of racing in Bagno Vignoni – San Quirico d’Orcia on the 4th and 5th of November in Tuscany Italy. 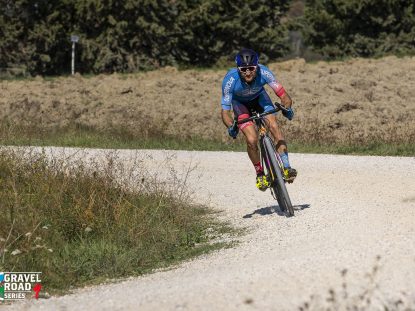 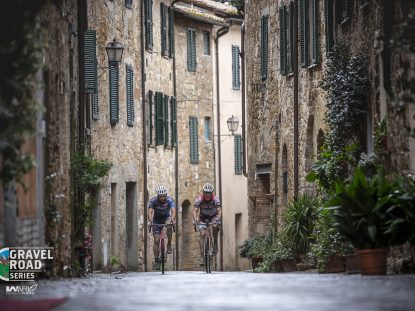 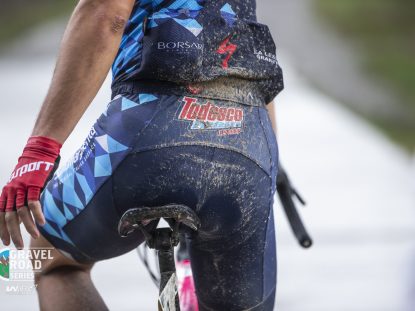 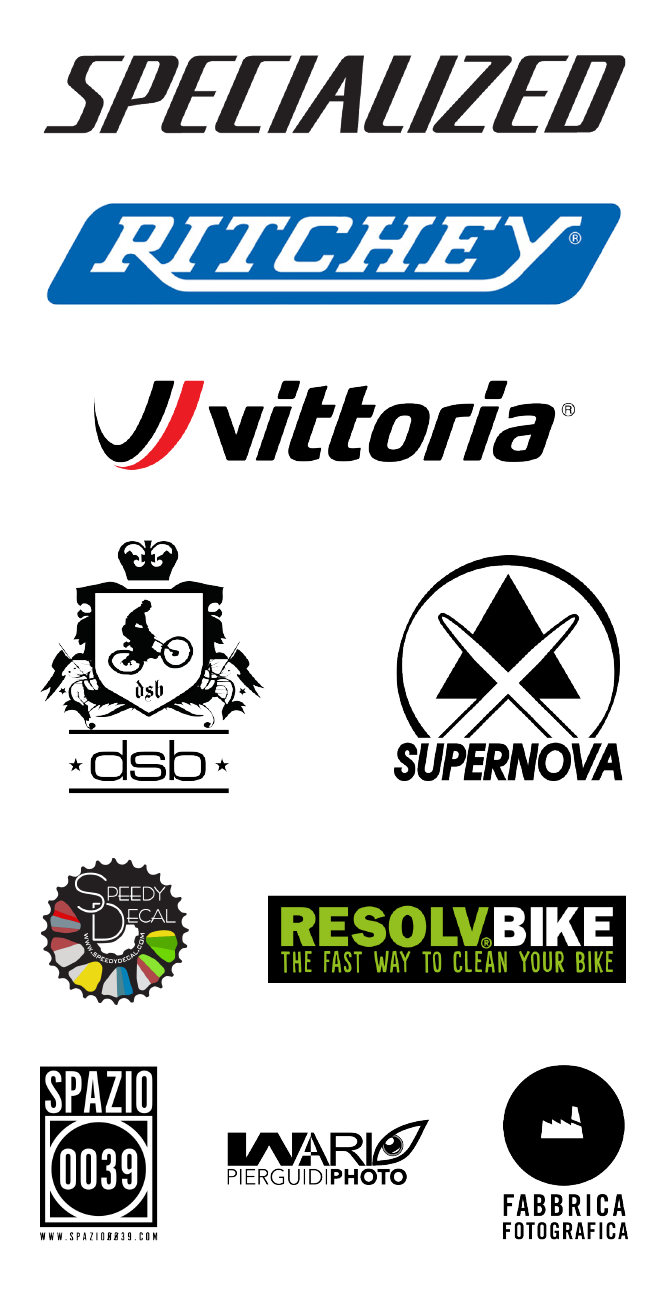 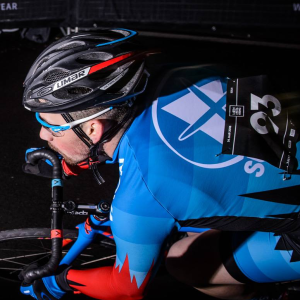 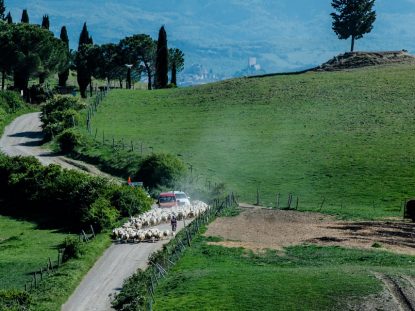